But I’m getting ahead of myself.  Who was Philip Hone?  Well, he was born in 1780, died in 1851, and lived in New York City.  He was the son of a German immigrant who became wealthy in the auction business.  He was active in the Whig Party, and even claimed he supplied it with its name.  However, his real gift to posterity was a very entertaining and informative diary covering the years from 1828 until his death.

Do you have trouble remembering even the names of all those Presidents who were in office between Monroe and Lincoln, not to mention anything they actually did or stood for?  Philip Hone can help you out.  He knew some of them personally and had much to say about them, both good and bad.  He was as much in awe about the railroad, steamship and telegraph as we are about jet travel and the Internet.  He gives us an insiders look at the economy and culture of New York in the early 19th century, as well as vignettes of some its most distinguished visitors.  He also confirmed what most people other than Marxist historians and southern elementary school teachers have known all along; the Civil War was about slavery.

It’s odd, really, that so many people are capable of denying something so obvious.  The northerners who lived through the events in question thought the Civil War was about slavery.  The southerners alive at the time thought it was about slavery.  Foreign observers were in virtually unanimous agreement that it was about slavery.  Source literature confirming it is available in abundance.  It doesn’t matter.  As I’ve pointed out in earlier posts, ideological narratives, no matter how ludicrous, can trump historical facts with ease.  So it is with slavery and the Civil War.

I know I’m not likely to open closed minds, but as my own humble contribution to historical integrity, I will help Mr. Hone spread the word.  There are many allusions to the slavery question in his diary.  In the entry for November 17, 1837, we learn that passions were already running high nearly a quarter of a century before the first shots were fired at Ft. Sumter:

The terrible abolition question is fated, I fear, to destroy the union of the States, and to endanger the peace and happiness of our western world.  Both parties are getting more and more confirmed in their obstinacy, and more intolerant in their prejudices.  A recent disgraceful affair has occurred in the town of Alton, State of Illinois, which is calculated to excite the most painful feelings in all those who respect the laws and desire the continuance of national peace and union.  Alton is situated on the left bank of the Mississippi, and opposite the slave-holding State of Missouri.  An abolition paper was established there, called the “Alton Observer,” which, becoming obnoxious to the slaveholders, was assailed and the establishment destroyed, some time since, by an ungovernable mob; an attempt was recently made to reestablish the paper, which caused another most disgraceful outrage, in which two persons were killed and several wounded.

In the entry for October 22, 1939, Hone set down his thoughts on the famous “Amistead” incident:

There is great excitement in relation to the arrest of two Spaniards, Jose Ruiz and Pedro Montez, the owners of the revolted slaves who were taken on board the “Amistead,” and are now in prison in Connecticut.  This outrageous proceeding is the work of the abolitionists, who, in their officious zeal, have obtained affidavits from the wretched Africans, who, ignorant of our language, probably knew not what they were swearing about.  These affidavits, charging their owners with assault and battery, were made the grounds of this arrest, and the Spaniards are in prison.  Writs of habeas corpus have been issued, and the subject is now submitted to the judges, who, it is hoped, will see reason to discharge the men who escaped so narrowly from the conspiracy in which the lives of other white men were sacrificed.  The fanatics are working day and night to make this bad matter worse; under the specious cloak of an abstract opposition to slavery, they are blowing up a flame which may destroy the Union, and light up a civil war between men who have no interest so strong as to belong to a brotherhood of patriots.

Hone disliked slavery, but disliked the abolitionists even more.  To him they represented a gratuitous threat to the Union.  Speaking of the Whig convention to nominate a candidate for President on December 9, 1839, he writes,

The accursed question (slavery, ed.) is destined to mix up with all national questions, and in the end to alter the essential features of our government, if not to cause a separation of the States and a dissolution of the Union.  The opposition to Mr. Clay from this quarter is so strong, that even if nominated he could not (in the opinion of a majority of the convention) have been elected, and it was perhaps good policy to take (William Henry) Harrison, who may succeed if the friends of Mr. Clay exercise that magnanimity which it appears they could not calculate upon from a portion, at least, of the friends of his rivals.

Speaking of the famous battle over the right to petition Congress against slavery in 1842, we learn that the South wasn’t the only source of agitation for disunion.  Indeed, it came from none other than a former Yankee President as well – John Quincy Adams:

The House of Representatives presents every day a scene of violence, personal abuse, and vulgar crimination, almost as bad as those which disgraced the National Assembly of France in the early stages of the “Reign of Terror.”  Mr. Adams, with the most provoking pertinacity, continues to present petitions intended to irritate the Southern members, and by language and manner equally calculated to disgust his friends and exasperate his enemies, and does something every day to alienate the respect which all are disposed to render to his consummate learning and admirable talents… Among other insane movements of the ex-President, he has presented a petition praying for a repeal of the Union, because the petitioners are deprived of the privilege of agitating the terrible question of slavery; and their right to bring forward a proposition so monstrous, and his to be their organ of communication with the Congress of the nation, is enforced with the indomitable obstinacy which marks all his conduct of late.

As Hone’s life nears its end, references to the “accursed question” become more frequent.  The entries for 1850 include the following:

The great South Carolina senator (John C. Calhoun, ed.) died in Washington, on Sunday morning, March 31, of a disease of the heart… the South has lost her champion; slavery, its defender; and nullification and (we are compelled to say) disunion, their apologists.

The dreadful question of slavery which has cast an inextinguishable brand of discord between the North and the South of this hitherto happy land, has taken a tangible and definite shape on the question of the admission of the new State of California into the Union with the Constitution of her own framing and adoption.  The flame is no longer smothered; the fanatics of the North and the disunionists of the South have made a gulf so deep that no friendly foot can pass it; enmity so fierce that reason cannot allay it; unconquerable, sectional jealousy, and the most bitter personal hostility.  A dissolution of the Union, which until now it was treason to think of, much more to utter, is the subject of the daily harangues of the factionists in both Houses of Congress.  Compromise is at an end.

When will all this end?  I see no remedy!  If California is admitted with the prohibition of slavery which themselves have adopted, or if the national district is freed by the action of Congress from the traffic in human flesh, the South stands ready to retire from the Union, and bloody wars will be the fatal consequence.  White men will cut each others throats, and servile insurrections will render the fertile fields of the South a deserted monument to the madness of man.

One can find more or less the same sentiments in literally thousands of source documents.  The Civil War was fought over slavery.  I know that learned history professors, Confederate heritage zealots, and southern school teachers will continue to gasp out their denials even if they’re buried beneath a dump truck full of diaries.  I can only offer the humble, and probably futile suggestion, that they return to the real world.

Aside from his comments on the slavery issue, Hone’s diary is a trove of observations and anecdotes about a great number of other happenings of both historical and personal interest.  For example, for those interested in comparing the news media then and now,

There is little dependence upon newspapers as a record of facts, any more than in their political dogmas or confessions of faith.  If they do not lie from dishonest motives, their avidity to have something new and in advance of others leads them to take up everything that comes to hand without proper examination, adopting frequently the slightly grounded impressions of their informers for grave truths, setting upon them the stamp of authenticity, and sending them upon the wings of the wind to fill the ears and eyes of the extensive American family of the gullibles.

Hone was convinced that early instances of election fraud proved that universal suffrage would not work, or at least not in big cities;

The affair is an unpleasant one… It discloses a disgusting scene of villainy in the conduct of our elections, and proves that universal suffrage will not do for great cities.  It proves also the necessity for a registry law, which is a Whig measure, and has been violently opposed by the very men who are now so sensitive on the subject of illegal voting, when it works against them.

The astute author has some good words to say about my own alma mater:

In the list of noble young fellows whose gallant conduct, indomitable bravery, and military accomplishments in the Mexican war redound to the glory of West Point, their military alma-mater, there are several New York boys, sons of our friends and associates, who, if they ever get back, will come to their homes covered with glory, jewels in our city’s treasury, the pride of their parents and the children of the Republic.  These are the fruits of a West Point education.  Shame on the malignant demagogues who have labored to overthrow such an institution!

Hear, hear!  When it came to sports, they didn’t believe in half measures in those days:

The amusement of prize-fighting, the disgrace of which was formerly confined to England, to the grief and mortification of the moral and respectable part of her subjects, and the disgust of travelers from other countries, has become one of the fashionable abominations of our loafer-ridden city…  One of those infamous meetings took place yesterday on the bank of the North river in Westchester, the particulars of which are given at length in that precious sheet (The New York Herald, ed.) and others of a similar character.  Two men, named Lilly and McCoy, thumped and battered each other for the gratification of a brutal gang of spectators, until the latter, after one hundred and nineteen rounds, fell dead in the ring, and the other ruffian was smuggled away and made his escape from the hands of insulted justice.

As they say in the blogosphere, read the whole thing.  You’ll find much similar material as seen from a somewhat different perspective than you’re likely to find in your average high school history book. 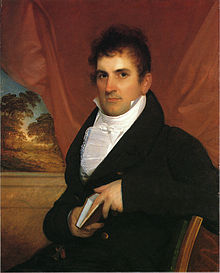